The Spirit of QEII

QEII Jubilee Hospital received its first patients in 1981, and was the first new 'greenfield' site hospital development in Queensland for 20 years.  QEII has a number of 'firsts' including an outstanding auxiliary - the first in a Queensland public hospital to be successfully run as a business by volunteer workers; pioneering the first computer assisted micrographic archiving of medical records, xrays, a patient chart system that was adopted as the State standard; the provision of medical and dental services for the 1982 Commonwealth Games and many others.

The involvement of the local community through the input of the QEII Jubilee Hospital Board members of the early years and District Councillors, the work done by local service clubs, and through links to Griffith University was and continues to be strong.

Dr Jim Griffith, the first Medical Superintendent of the hospital quotes a poem by an anonymous author:

The lives of the great all remind us,

We can make our lives sublime,

And, in departing, leave behind us,

Footprints in the sands of time.  (quoted dr Jim Griffith) 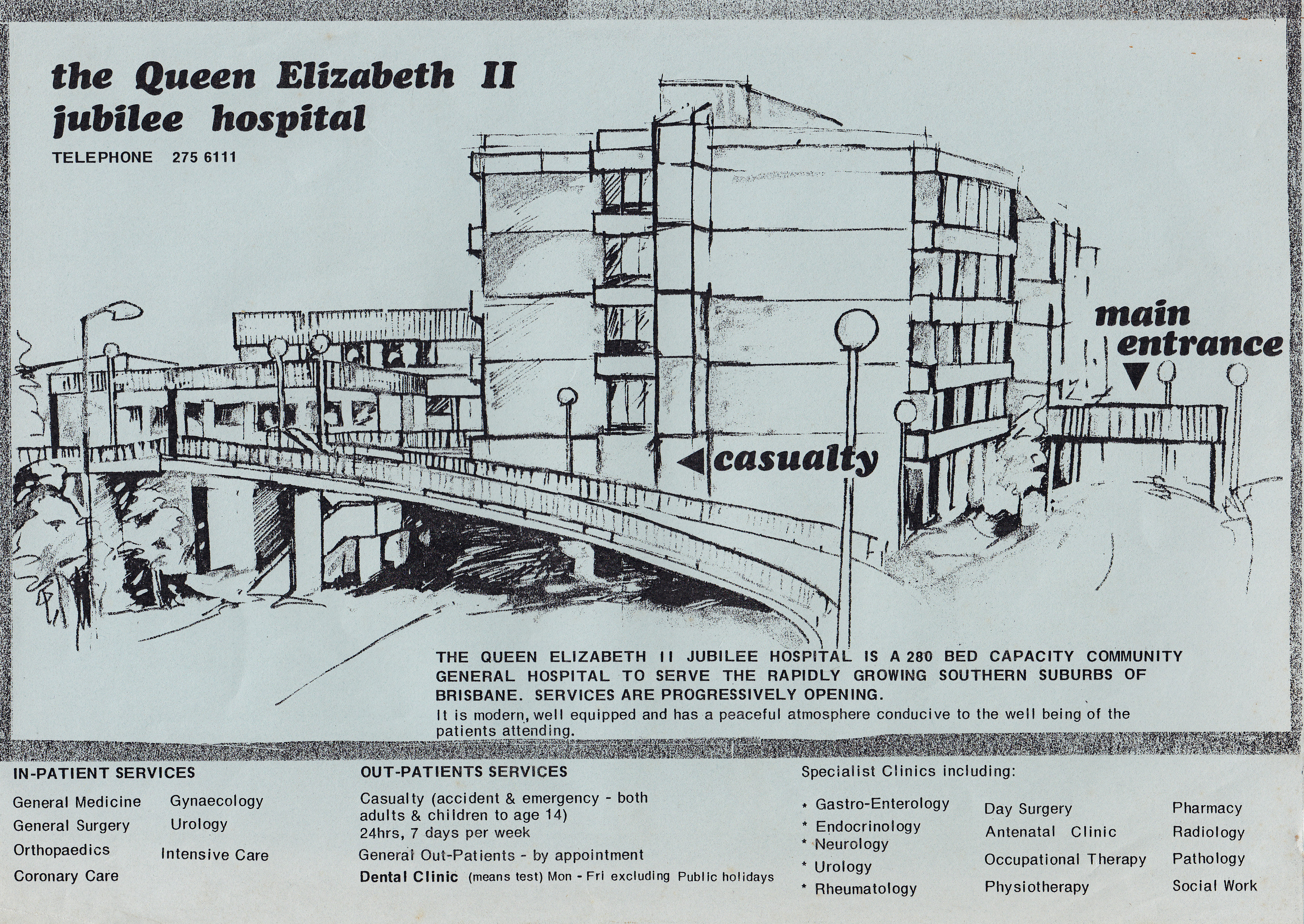 1968 land was set aside for hospital purposes.

1977 Change of design from maternity to general hospital

1981 15,000 patients had been treated at QEII with 170 patients each day in Emergency Department 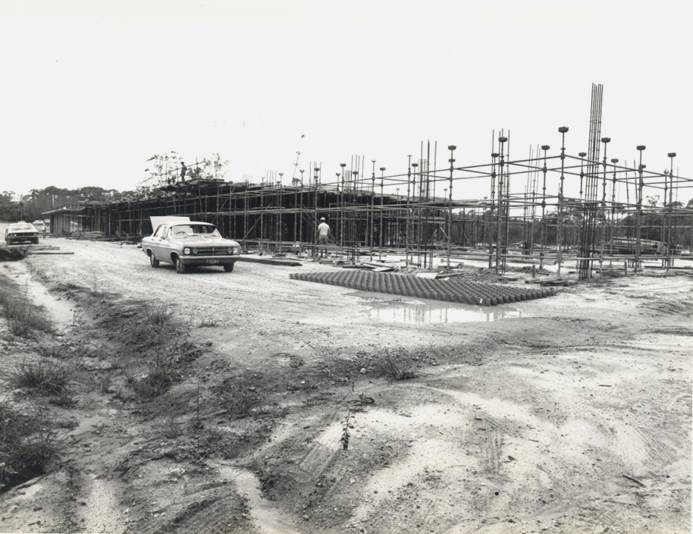 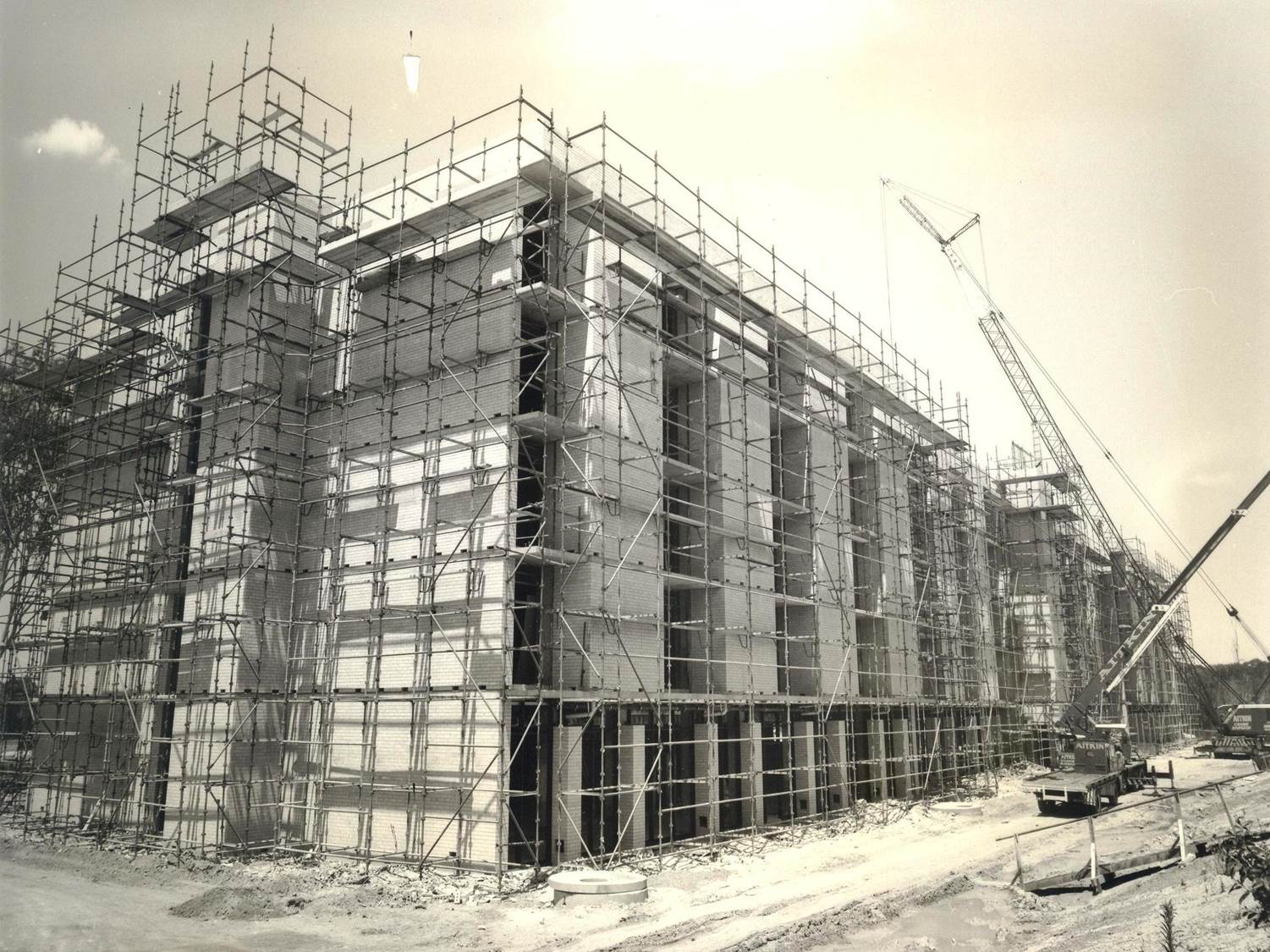 Foundations being laid for the QEII Jubilee Hospital.

A Queensland College of Art student won the competition to design a logo for the QEII Hospital.  In the Queen's personal colours it represented the caring aspect of the hospital's operation.

The design (no longer used) is a central figure embracing 2 outer figures with enfolding arms.  Outer figures in turn assist the central figure with outstretched arms, symbolizing support for the crown. The central circle and the cross resemble the Orb carried by the Monarch during coronation.  Completed by a cross to resemble a crown which provides the link to the name of the hospital.

The content of his library guide is based on newspaper clippings, past anniversary booklets, and input from long-serving staff members past and present.